i never thought about… 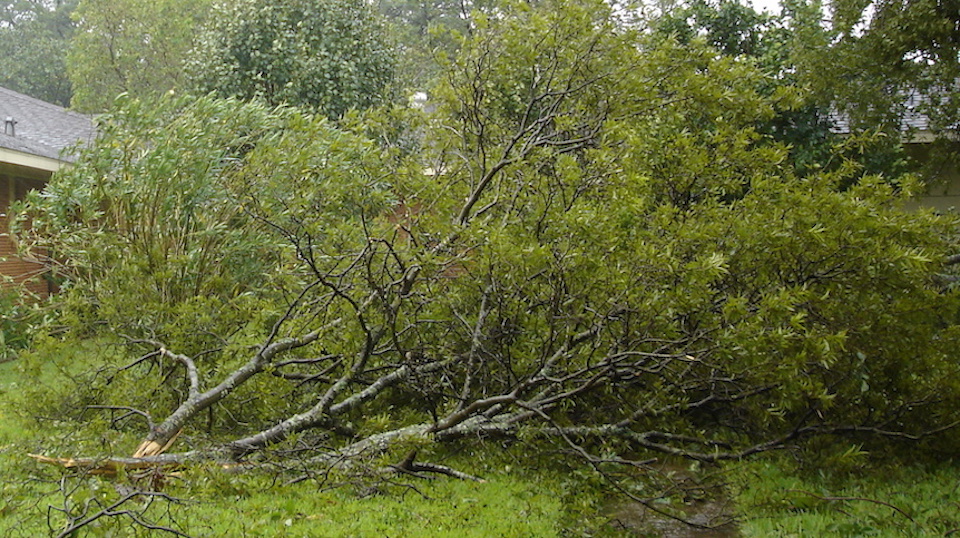 I never thought about the squirrels, the possums, the grackles, robins, the doves or the fire ants. I never thought about them that day. But I do remember taking Minal to Idyllwood park and feeling a wind that was different and noticing a light that was yellow and pink. I remember looking up at the oak and pine trees high above and watching the branches sway in the gust. I could almost smell that wind. I remember wriggling my nose, trying to identify that smell. Maybe it was seawater, maybe just electricity. Or maybe it was Ike collecting aromas from Haiti or the Caribbean, and bringing them into Texas, past Galveston. Maybe I was smelling a mix of sea air mingled with the smell of plantains being fried coconut oil all mixed together with the smoke from the oil refineries in Port Houston.

Now I can look back and recognize that while we were in the park 12 hours before Ike crashed into Houston in the early morning, the wind had to be different, as did the smells and the light. But that afternoon in the park, I doubted the hurricane’s splendor. Minal played on the swings and then, with some neighbors, we walked down to the bayou, swollen almost up to the top its banks.

And I remember commenting on how there were no fish leaping into the water. And we couldn’t see any turtles or rabbits. Or even mice. They were all gone somewhere, and in that moment of hollow sound, almost like a yellow-pink tunnel through which we walked together, holding hands, marveling at the different light, I still doubted that there was a hurricane coming. “That water is from Galveston,” one neighbor commented as she stared at the bayou.

And then we went home and we cooked and ate dinner: daal, qeema and bhindi. Every now and then, I opened the backdoor to look up at the sky. The Chinese tallow tree was bending and the gust was harsher, stronger. I could no longer see the moon. There was no other sound but the gust and the rattling of falling acorns and small branches on the garage’s aluminum rooftop sounding almost like hailstones. But there was no rain. By the time I went to bed at midnight, the electricity had also left us, and of course, I had no way of predicting that we wouldn’t be able to use a fan or switch on a light- bulb for 12 days after Ike hit landfall.

At 6:30 that morning there was rain and still more horizontal wind. And that’s when the water rose as if the bayou had expanded past its banks and made its way to our home along the streets.

Almost twelve hours later, when we went for a walk that afternoon, long after the wind and rain subsided, after trees and branches crashed and fell upon homes and cars, I once again thought of the insects, the birds, the animals, and I wondered how far ants floated with their legs curled into their bodies, and how many miles the robins had flown along I-10 to be free from the hurricane wind.