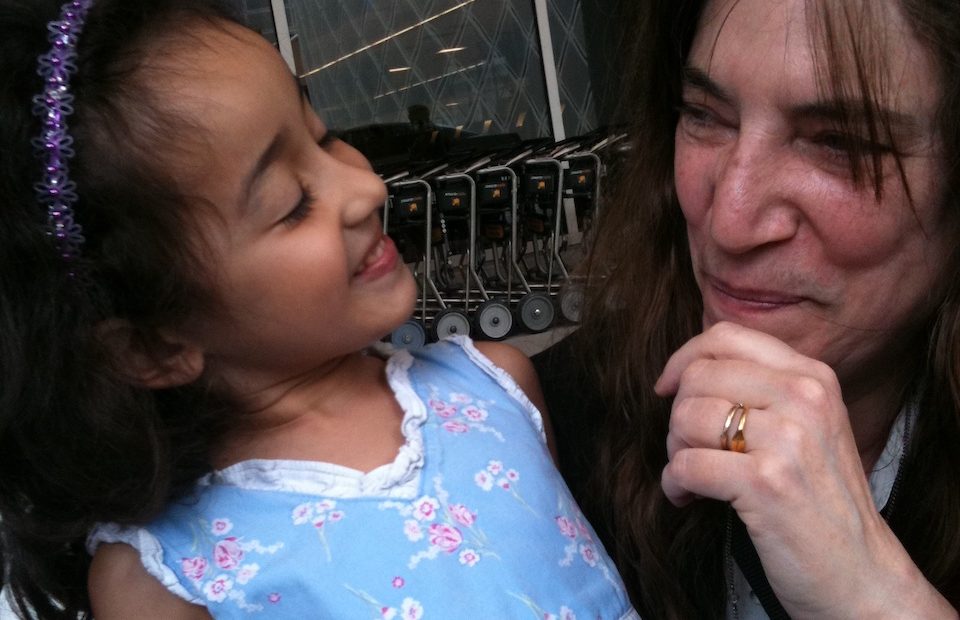 We’re listening to Patti Smith’s song, “1959”, as I drive Minal to school this frosty morning. Because of the song, our conversation moves toward student activism.

Minal: I predict there won’t be war in one century.

Me: Why do you say that?

Minal: Because there are so many children in this world who don’t believe in war, Ammi!

Me: So, will you be around?

Minal: I don’t think so…

minal, patti smith
« year of the horse celebration…
on air with david barsamian… »