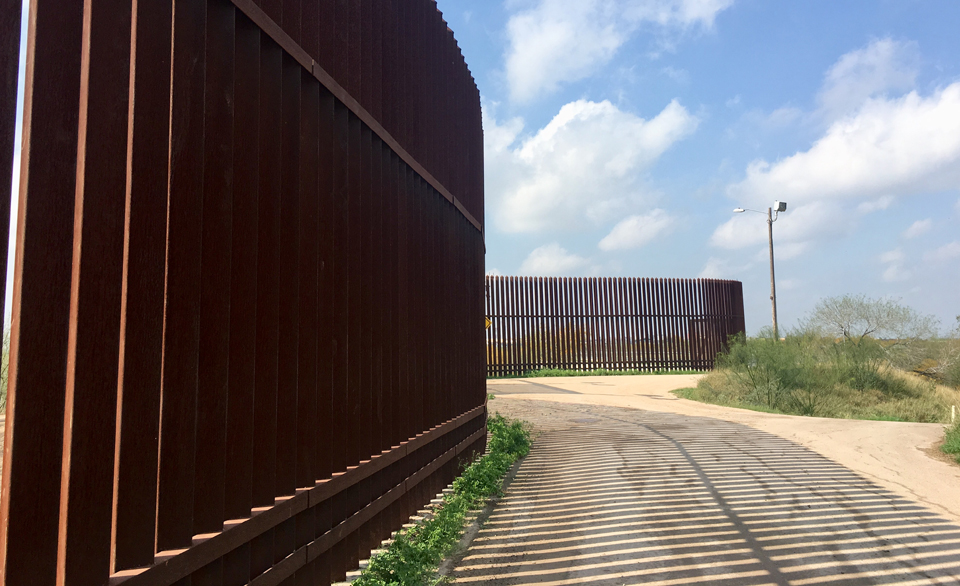 Last week, I dipped into the Rio Grande Valley for 24-hours to participate in an arts and literature festival. The morning after my arrival, my friends/writers Emmy Pérez and Britt Haraway picked me up for a 10-mile drive to the US-Mexico border wall, which has expanded over the past decade. Though we had a full day ahead of us, we had to make the journey: I was compelled to witness borders, while Emmy was leading a project, Resistencia: Poets Against the Walls, through which she and her collective recorded poets and writers performing protest text against barricades between regions that once allowed unrestricted movement for humans, wildlife, and nature.

When we reached the Old Hidalgo Pumphouse (a water-irrigation facility that’s now a museum and birding center) and headed toward the park to eat our breakfast tacos and to record my poem, we saw signs stating that all photographers – other than those documenting birds –  had to report to the pumphouse and that violators would be prosecuted. To prevent trouble, Britt visited the pumphouse park office and gained permission to film my reading.

After finishing our tacos, we moved closer to the fence, conscious of a US border patrol guard in a van, who watched us from ten feet away. Perhaps because Britt had obtained permission to film, the guard did not approach us even when Emmy recorded me performing my poem, Tearing Wires, Building Bridges. The recording can be viewed at the end of this post.

The US border guard’s scrutiny reminded me of summer 2013 when I visited the Bangladesh-India border from Jaflong, Bangladesh. In Hidalgo, a few US border patrol vans had driven by several times, but there were no guns aimed toward us as there had been in 2013 from the Indian side. Clearly, we were being studied, not just by the US van driver close to us, but by cameras posted all around us.

Five years have passed since my friend/artist Pulak took me to Jaflong, Bangladesh. Since then, India’s BJP government has almost completed its 2,000 kilometer-long fence. And just as the current US president pushes for funds to build “the wall” that he promised his supporters, countries around the globe that possess arms and wealth are raising barricades to block migration.

Later, that afternoon, during an invigorating conversation with university students about immigration, border movement, and the rising wall between US and Mexico, I took solace in knowing that resistance against barricades will increase. And meanwhile, we can reflect on history, which shows us that human movement cannot be prevented. 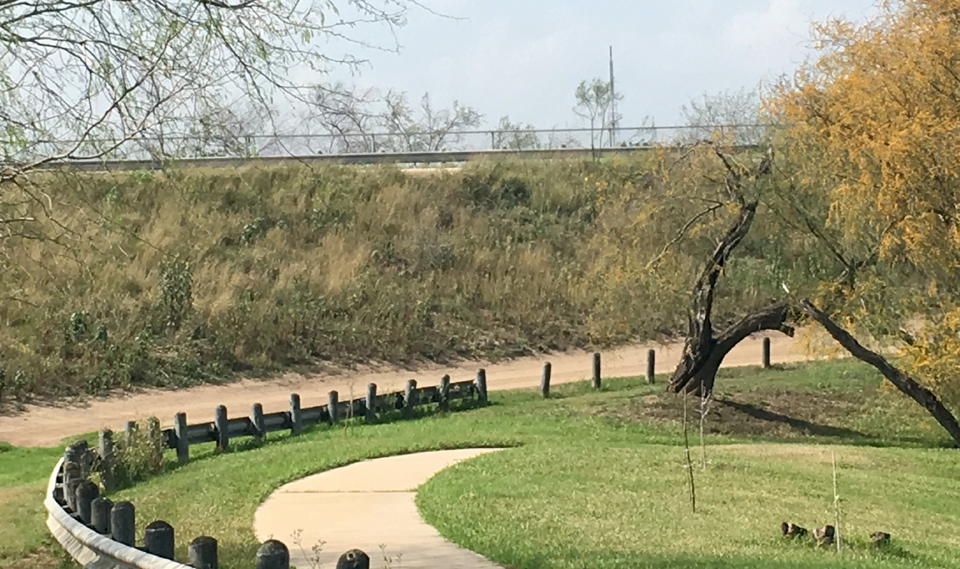 a deceptively picturesque slope at Old Hidalgo Pumphouse; on the Mexico side of the slope is an impassable concrete wall, which can be seen if one peers over the fence.